Discover the weird world of Alienum, where a species of aliens are all in conflict to takeover the land for their warlord king. In this strategy war game, you are put in charge to collect resources, build up your army, battle with your martian enemies, take new battle zone locations, build up your little empire and conquer all of the alien planet. All the while, protecting your own land from other alien invasion and preventing the defeat of your king.

* Alien world - Multiple alien world maps to progress through to command and conquer all the campaign.

* Campaign - Main and secondary goals. Complete the campaign, operations, the objectives given by your warlord and collect all the stars!

* Battle - Randomized A.I. decisions and battles makes each playthrough different on each of the continents in the game.

* Infantry - Variety of infantry to recruit for engagement in conflict to skirmish with your beastly enemies. Each with different health, weapons (swords, shields, spears, slime and bows), critical hit, attack, alien defense and block chances. All to be used on the battlefield with hordes of warriors in an epic battle simulator at one time!

* Upgrades - Collect bonus cards for use on your infantry before a battle to further improve your chances of winning the conflict engagement and the war.

* Construct - Multiple buildings and defense structures to construct to use to defend your towns including towers and castle walls to garrison your infantry. All buildings have unique benefits and uses to help to command and conquer the alien planet.

* Strategy - Move your army around the map to set up your alien defense, ready your next attack, plan your military stratagems and defeat all the other beastly martians. Watch out for hidden dangers when moving your infantry to avoid encountering an alien hive or slime.

* Features - New maps and features to be added in the future!

Alienum is a strategy war game with martians! Released in 2017, in this new RTS game you will construct, battle, contend for resources with other clan warmongers and conquer the extrinsic alien planet with your little empire! Build up your alien defense to protect your warlord king in the civil war, defend your towns from other beastie martians who are on a warpath to ploy against you, take new battle zone locations and above all else, rise against your enemies in engagement and epic battle simulator fights to win the alien war in this strategy war game!

I think that this game has a lot of potential, foe example I think it would be better (at least for me) if you made it not alien style, I for one would love to see this in a knight type of style. Great work though

Hey, thanks so much for giving it a play! At the time of making it, I felt there were a lot of strategy games that just had normal soldiers in so I wanted to try and make something with a unique style to it and somehow (don't ask me how) the ended up as these one eyed aliens? A game I am currently working on though will be with human characters this time around though :P

What’s the game called? I would more than love to play it!

Why not windows :s 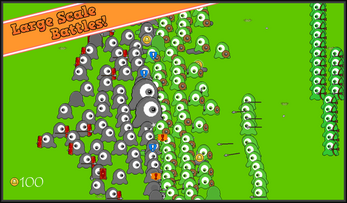 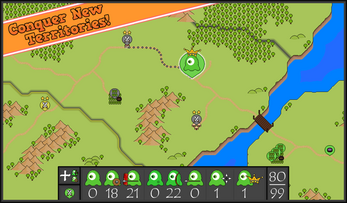 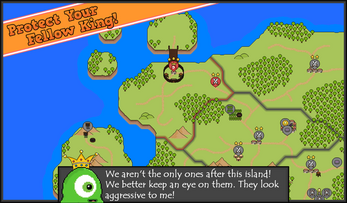 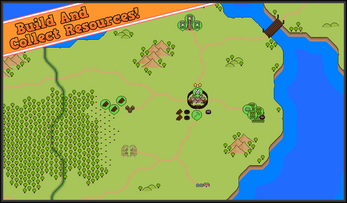 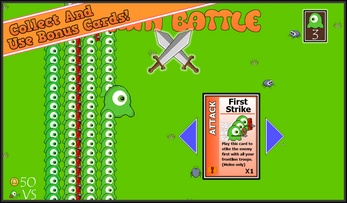